Bristol Airport (BRS/EGGD) is continuing its work to manage Carbon emissions by the airport and this has now been recognised accreditation at the second of four levels in a global industry programme.

The Airport Carbon Accreditation is an independent programme that certifies airports at four different levels of accreditation covering all stages of carbon management including mapping, reduction, optimisation and neutrality.

The accreditation has won praise from the United Nations Framework Convention on Climate Change (UNFCCC), the International Civil Aviation Organisation (ICAO), and the European Commission.

The scheme is administered for ACI Europe, the organisation for European Airports.

Some of the carbon management systems implemented by Bristol Airport include solar photovoltaic panels being installed on the terminal, air source heat pumps used to heat the building, and LED lighting fitted throughout, as well as ongoing engagement with staff to encourage energy saving.

The consultation on Bristol Airport’s Master Plan runs until 6 July and this includes commitments to publish a Sustainable Growth Strategy for the airport.

Saudi Arabian carrier Saudia (SV/SVA) says it has operated the worlds-first “net positive” flight between Jeddah and Madrid. Saudia flight SV227, operated by a Boeing 787-9, had its carbon emissions offset by a factor of 2, a total of 346 tonnes, making the 5hr 55min flight net-positive. The flight forms [read more]

Easyjet (U2/EZY) has updated its schedule from Bristol Airport (BRS/EGGD) to include two services operated by their latest fleet addition, the Airbus A321neo. The first A321neo entered the Easyjet fleet in July 2018 and the low-cost operator (Bristol Airports largest airline) now has 6 of the type in service. From [read more]

Bristol Airport (BRS/EGGD) has appointed Dave Lees as the Chief Executive Officer (CEO) stating 1st August 2018. Mr Lees has overseen the growth at Southampton Airport where he is currently Managing Director. The airport has achieved record passenger numbers and customer satisfaction scores during his time at the helm. Before [read more] 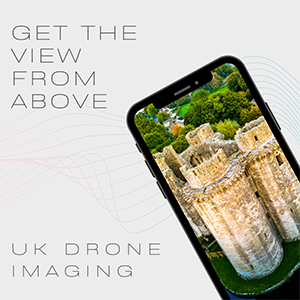